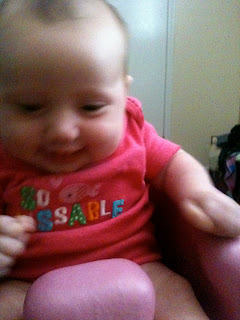 1) I'm starting to really dislike coke. No, not *snort* coke, but *gulp* coke. It honestly makes me feel a little sick to drink it, which when you think about it, says a lot about my addiction to it that I still do, despite the grumps that it gives my stomach.

2) It's the little things you do for people you don't know. I was working a couple of nights ago, and found myself talking to an older couple celebrating their 40-something anniversary. They asked me all sorts of questions about my life (of which I excluded June, because if I mention her the conversation always seems to come to an awkward halt...) and at the end of it, the man told me two things. One was that he thinks that I have a pretty soul, and the other was that he felt compelled to tell me that all of the things God has promised me will still be fulfilled, and that I shouldn't worry. Everyone knows my current religious beliefs are most easily summarized as "looking", but it still felt so good to hear.
3) June is ten weeks old. Ten weeks ago I got the most rewarding gift anyone could ever ask for. That blows my mind. I have never wanted a child, and I have never wanted to be settled down, but this is the best thing that has or will ever happen to me. You should be so lucky, is all I'm saying.
4) Rings don't make families. Ring's don't make families anymore than flapping your wings makes you a bird. I have the most beautiful, complete, functional family anyone could ever ask for. Most people in our situation don't get this lucky, and I realize it, but we are more of a family than most people dream of having.
5) Grey's Anatomy is a fantastic show. Believe it.
Posted by Grace at 2:10 AM 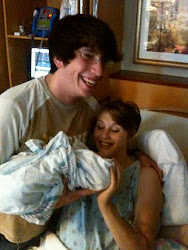